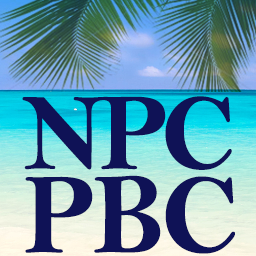 The charge of the Council on Advanced Practice Registered Nurse Autonomous Practice is to develop recommendations to the BON for rulemaking of HB 607.

The meeting began promptly at 1 PM  with a welcome and introductions by the Council Chair Cassandra Pasley, BSN, JD.  Also introduced were Christopher Dierlam, Assistant Attorney General at Florida Office of the Attorney General, and Mr. Joe Baker, Executive Director of the BON, who began roll call for council members.

Our appointed APRN Council representatives were present and prepared:

Ms. Pasley opened with defining autonomous practice and the expectations of work required of the Council. Mr. Dierlam followed with an overview of Chapter 2020-9, Laws of Florida: An act relating to direct care workers. The chair asked for discussion from the groups who submitted comments.

APRN Council Member Dr. Vicky Stone Gale, Dr. Jean Aertker for FNPN, FCAPN, Dr. Sharon Krieiger, for Psych APRN group and Vernon Langford for FLANP provided input regarding their submitted documents. FNPN responded to concerns addressed by Dr. Stone-Gale regarding Sovereign Immunity and supervision of medical assistants by autonomous APRNs, which according to Christopher Dierlam, Assistant Attorney General, will require APRNs to develop a legislative bill for this change to be considered.

The discussion regarding Med Spas and the definition of primary care was placed on hold per the recommendation of Dr. Stone-Gale and Dr. Ernewein until the BON presents the council with their recommendations for the definition of primary care. It was determined that this was needed to move forward in further discussion. Other points in FNPN’s response may be discussed at future meetings, but are available for the Council to review.

It was noted that the BON has completed their work on the definition of Primary Care Practice and it is under legal review and should be available by the next BON meeting in October. Also Mr. Baker from the board of nursing reported the application form for APRN-IP may be posted on the board of nursing website by mid October. So watch for that announcement.

We remind you that the process has not been finalized regarding  the coursework details for differential diagnosis and pharmacology content that are required in the law.